As I finish sermon prepping for this Sunday (don’t judge me… it’s done already) and going over it, I will be preaching a recap of our RECAST series that we dove into this summer as we recast vision for our church. We felt it necessary with the changes we’ve had in leadership and our church growth. But as I was doing the exegesis on the text I’ll be using, at the very end… I read Paul’s words to the church in Colossae, and it’s almost as if I hadn’t seen them all week.

There’s been so much that has happened in these last few weeks, stuff that has caused much grief, much joy, much stress, and much relief… in other words, just your average church planting journey. Our Men’s Group has experienced significant growth with just a handful of guys up to almost 15 now. 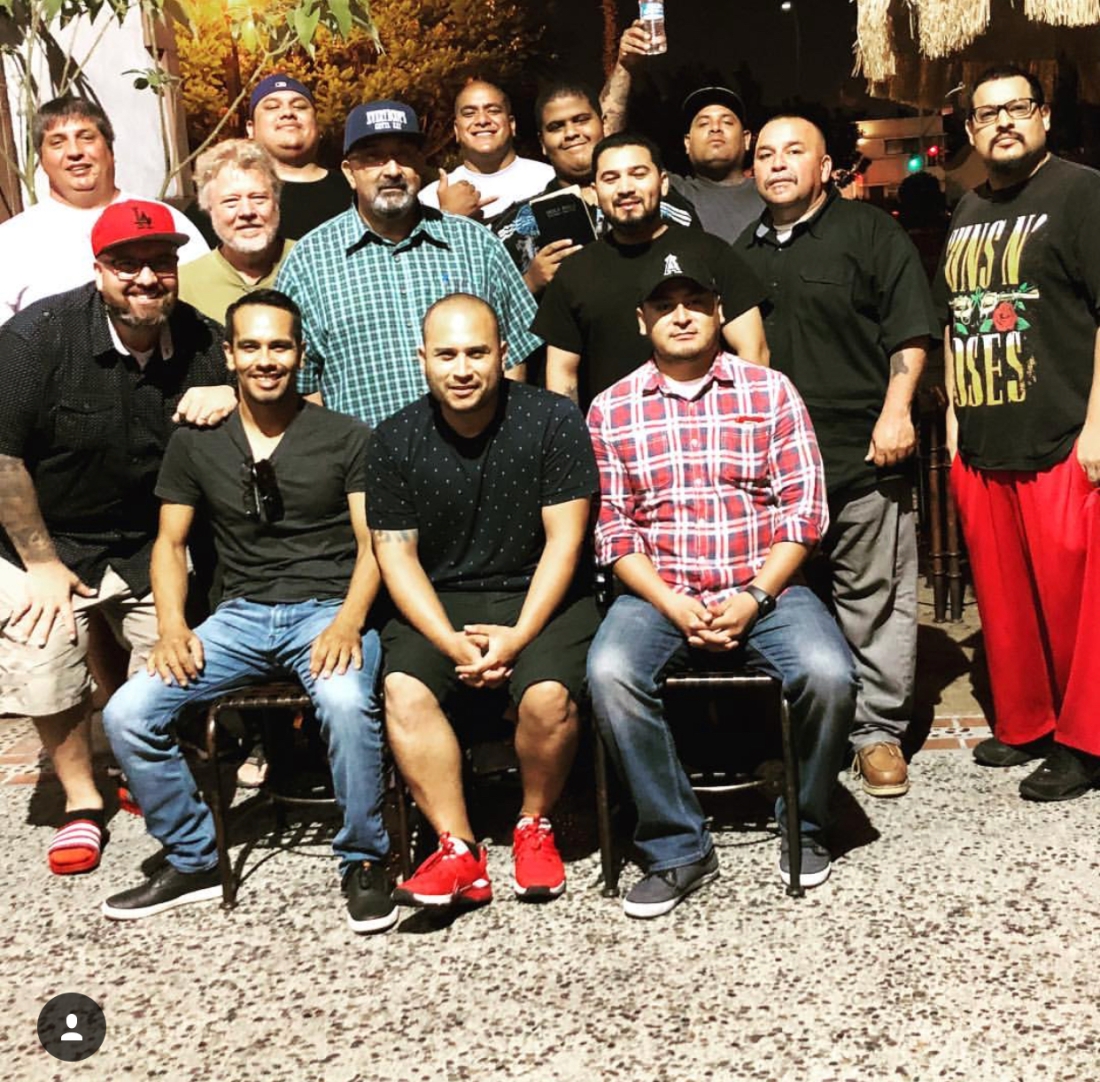 I’ve been back out on that handball court with a group of homies early Saturday mornings and we get a chance to talk smack, laugh and joke around, but then we pray for safety, a good witness to those around us, and then we get to playin’ a game we love so much. I guess you could say it’s turned into a small ministry. The best part though is when we’re done playing, we’ll sit down on a nearby bench and check in with eachother, share how our week has gone, open up with struggles, encourage and pray for one another…THAT PART RIGHT THERE THO…praying for eachother. Man, it’s been amazing chopping it up w/ these dudes and just being real. I’m grateful for these brothers… 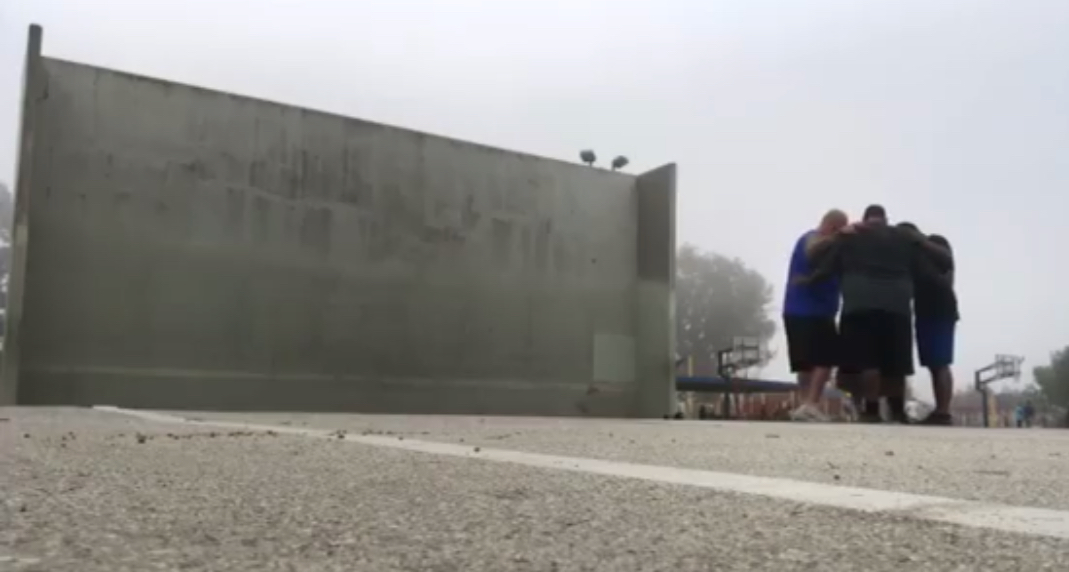 The fellas early morning prayer before we got to playin’ handball at South Gate Park.

I’ve also been doing quite a bit of traveling too! Our denomination is going through some changes, and I was invited to participate in a small group with some pretty amazing men and women of God who are prayerfully seeking to offer some possible scenarios for us moving forward. After almost 400 years, I think it’s overdue and I’m grateful to have my voice, that of my church, and many others like us, heard, considered, and included. It’s a great feeling when someone wants you present at the table, and with a voice, not just to make the group look different. As much as I appreciate being there, it does take a toll on my church responsibilities, family time, and schoolwork (Graduating from Western Theological Seminary in May PTL). Here’s a picture of our last meeting in Chicago:

Yesterday my morning started off at Patria Coffee in Compton, which is owned by a fellow brother from City Church Compton, another RCA church plant. At Patria you’ll often find Steve Shin welcoming you with a smile, an introduction, and a handshake when you walk in. Steve is a Youth Pastor at Hope Central Watts, our churches have gone on multiple Youth Retreats up in the mountains… and Steve usually leads the way, he’s awesome. One of my best friend, Jose Hernandez, is the Lead Pastor there… they’re doing great work in Watts. On the counter at Patria are some amazing vegan coffee cake, conchas, and raspberry poppy seed loaves… yes, I said vegan, but you’d never know unless I told you. These super dope and healthy pastries are supplied by Whiskful Pastries, owned by Wendy Ortega, an awesome young lady who is a part of our church, RCLA in Lynwood. I remember taking this pic, thanking God for how 3 churches in the hood are coming together by way of a coffee shop. I was there again today for multiple meetings and at one time I counted 4 pastors in there at the same time. So dope! 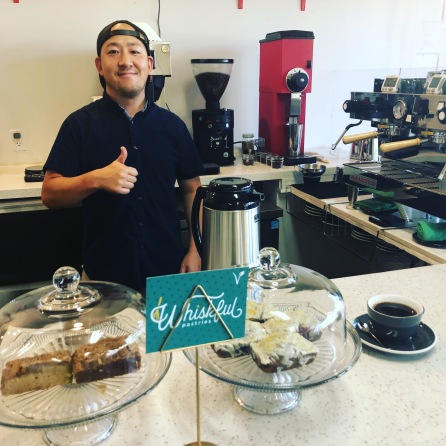 After this I ran back (actually I drove… but I could use the running) to Lynwood for another meeting with my co-pastor Chris Maquez, and the homie Pastor Nisan Stewart of Greater Emmanuel Temple. You see, we’ve got something in the cooker for Sunday September 30th. We’re gonna close our church buildings down that day and worship together in Lynwood Park. We’re taking church to the city, with a UNITY SERVICE.  Our worship teams will be bringing some heat together in both English and Spanish and we’re inviting the city in to join us. Our Mayor and other leaders have assured us they’ll be in attendance.

And then we’ve got our kick off of the LYNWOOD COMMITMENT this weekend! RCLA has come alongside the city of Lynwood, Lynwood Unified School District, Public Works, and Parks & Recreation to host a series of beautification projects. The first one will be at Lindbergh Elementary, almost where Lynwood borders Compton and Watts. The principal, Dr. Navar, is amazing in helping us gather more troops of students and parents. We’ll be cleaning, painting, picking up trash, but the gem is a huge mural that will be painted by local Lynwood Artist Saul Casas Jr, BKA @AmoeArte. I’ve had the pleasure of working w/ his wife Audrey on other community efforts, they are a family on mission and we’re honored to work on this project under his leadership. Here’s a pic of them at the Watts Towers, oh and by the way… by the way, Audrey is running for Board of Trustees at Compton College, you know we’ve got her back. 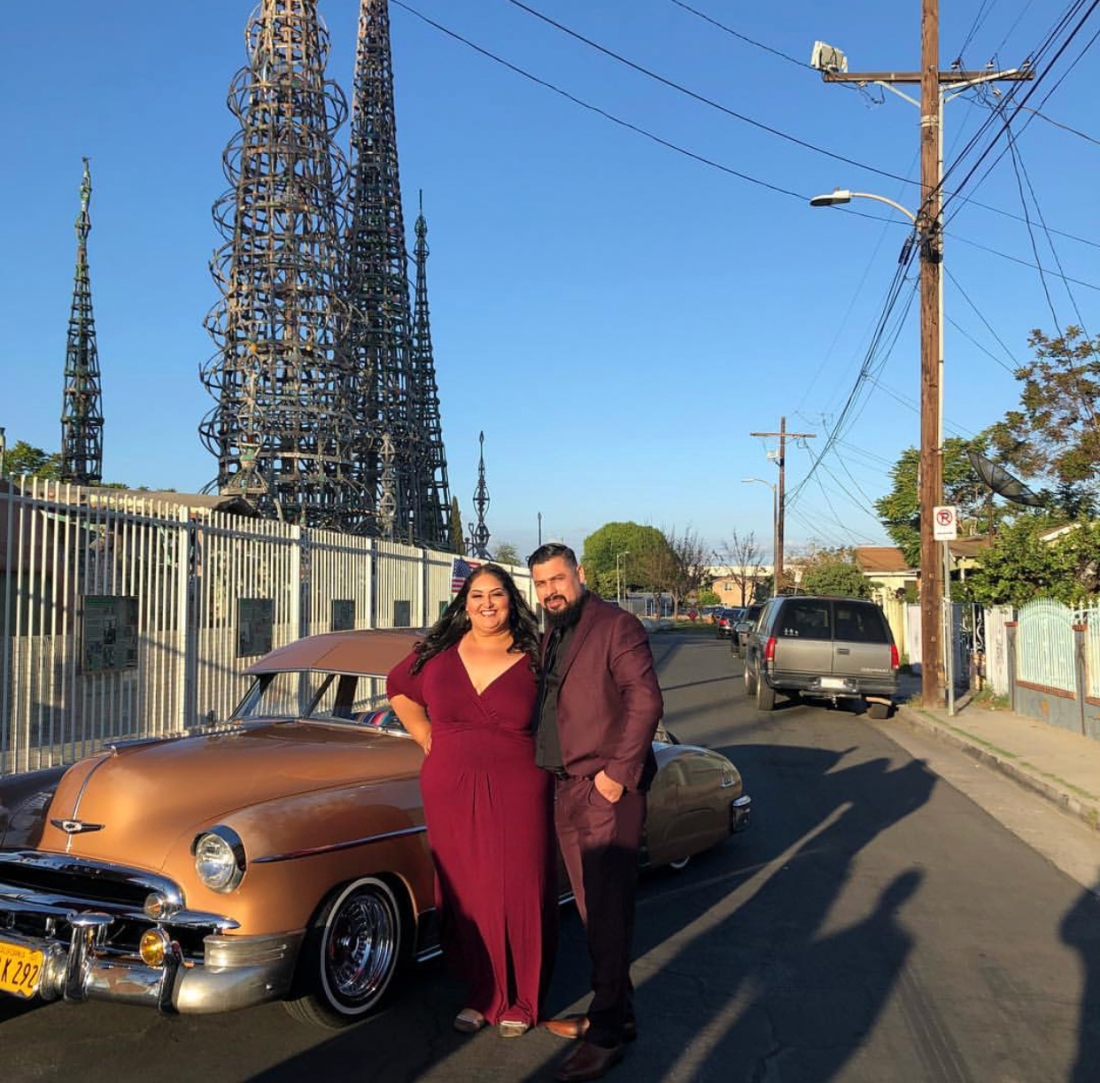 Audrey and Saul Casas Jr. (@AmoeArte) at the Watts Towers

We’ve already started planning next year’s summer camp, an immigration conference for Lynwood, Compton, and Watts residents, as well our first Spoken Word/ Hip-Hop Fundraiser at RCLA… so you can see now why this post is titled with this verse from Colossians… for this I toil, but just before that the Apostle Paul also mentioned that it’s all so that “we may present everyone mature in Christ” and that my friends is the goal. All we do, we do for Him… for His name, for His glory, for His honor, and that many would come to know Him too. Of our original 30+ people that were a part of our launch, almost 15 have left, for different reasons. We would have NEVER thought that would happen, but people change and move on, and we bless them. We don’t mourn, we celebrate their having given of themselves to help us launch a church. We also celebrate all the new people that God has brought in, many folks hungry for God, thirsty to learn, and eager to serve… how can we not celebrate that. We set out to grow the church and prayed for 100 people at the end of our 1st year. Well, our official launch was just 6 months ago… and we broke the 100 mark, not because of any gimmicks… we give people Jesus! We just preach His Word, the Holy Spirit does the rest… we work our tails off to honor Him, and spread His message to all. Celebrate with us and if you’ve got a couple of minutes, check out our video updating all thats happened in the last year since we started gathering. Thanks for following, reading, praying, and supporting us… we’re grateful!

You can also check us out at:

4 thoughts on “For this I toil… that He powerfully works within me. – Colossians 1:29”