Even though I went through some training prior to church planting, nothing prepared us for some of the difficulties we’d encounter. My good friend and LCMS Pastor Kyle Blake gave me some great practical prophetic insights as to what I should expect, and what he said would happen, did. He said that those people we thought would surely be the first to have our backs, wouldn’t. And that the people we least expected, would be the ones to actually hold us down. And that’s just the way it went down. No need to mention names, but that’s exactly what happened and some of it was really hurtful, I thought I’d gotten over it, but as I’m writing now, I realize that I have in fact forgiven, but haven’t really gotten over it. For some of the folks that left us, it really, really hurt us and for others that left, it didn’t bother us one bit. Folks always throw the phrase “Don’t take it personal” around very casually, but it’s not that easy to live out, it is so much easier said than done.

I haven’t unfriended folks, but I have hit the “Unfollow” button quite often, only because it’s just healthier to not see some stuff or people, you know what I’m talking about, right? You don’t want to “unfriend” because there is still some form of connection, but it’s best (emotionally wise) if you have less contact. As strong as I am, or as thugged out as I used to be on the streets, there is no more tough guy here, let me tell you! I’ve realized just how soft I am, just how tender God has made my heart and it brings to memory the Prophet Ezekiel’s words when he says, “And I will give you a new heart, and a new spirit I will put within you. And I will remove the heart of stone from your flesh and give you a heart of flesh.” (Ez. 36:26). Not too long ago I read the following social media post and it stirred up lots of feelings:

One of my church planting homies shared it and it made me think of just how many people have “ghosted” us, not just me and the church, but my family too. In the event that you’re not familiar with the term “ghosted” it refers to people vanishing on us and disappearing as ghosts. Now, this post is not meant to speak ill of those that have “ghosted” us and the fact this stuff happens is very real, but instead let this serve as an encouragement to those that have been hurt by someone else’s departure and tell you, “Don’t take it personal”. 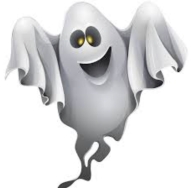 There is a common term or phrase that is used in our world and that is, “church hurt”. It is often used to describe how a church has hurt someone and affected them so bad that they’ve left the church altogether and have no desire to return. These bad experiences they’ve had have been directly by church leaders, ministry directors, or sometimes even the pastor is listed as the offending culprit.

Upon reflecting more and more on the “ghosted” article, it made me rethink the whole “church hurt” thing and see it from a different perspective. The phrase usually applies to those who’ve left the church because they’d been hurt by it, but how about those in the church being hurt by those that have left? If you think about it, you might have experienced this situation yourself, it is so much more common than we’d like to say, especially because we don’t really talk about it, or at least not in a healthy way. But very often, especially in a consumer driven world, people leave churches because things don’t go their way, the church lacks a specific ministry program, folks don’t wanna be pushed out of comfort zones, they want titles, they don’t want titles, they want to lead, they don’t want to lead, there are just far too many reasons that folks leave.

I don’t think their intent was to hurt you… I don’t think that they really meant to hurt your kids… they might have not realized that by taking their kids away after you’ve loved on them for so long, took care of them, let them spend the night at your home with your own kids that other families would suffer. I don’t think they meant to hurt you by breaking a sacred trust that you’d placed in them, they might have not realized they were your “go to” couple, people you’d trust for marital issues, that they were needed for your own accountability, or just a “safe” place to be open and transparent… so don’t take it personal! I wish it would really be that easy… I wish we could really not take it personal, but it’s impossible, it’s difficult, and it hurts. But if our Savior Himself was “ghosted” by His disciples the very night He was betrayed by Judas and arrested why would we expect anything less. Our very Savior was hurt by His church when they denied Him, even Peter as the rooster crowed, was he reminded of his own “ghosting” of Jesus.

Psalm 55:12-14 brings to light an all too common feeling of being ghosted or hurt by someone close to us.

And Psalm 41:9 also addresses the same issue when it said:

Even my close friend in whom I trusted, who ate my bread, has lifted his heel against me.

“He will hold me fast” Keith & Kristyn Getty

Although there is no blame pointed in any direction, it does not dispel that there are folks in almost every church that are hurt when good friends leave their church, there are good folks in almost every church who have kids that are hurt when their friends no longer go to the same church because their parents decided to go elsewhere. If you’ve been one that has been hurt, please forgive your brothers and sisters who’ve ghosted you… don’t take it personal. And if you feel like placing blame on someone or something that caused them to leave, be reminded of Romans 5:8 clear description of just how God shows His love for us, in that while we were STILL sinners, Christ died for us.

We’ve ghosted others too… we ghosted the One Who least deserved it, our Savior Himself… and He didn’t take it personal, He still went to the Cross willingly for us, He suffered a horrific death we deserved knowing we’d ghost Him, He resurrected and ascended as He said He would, He granted us a path back to fellowship with God because of His love for us, and He paid our debt knowing we’d ghost Him… that is the Good News, and THAT you have to definitely take personal.

I’ve noticed many folks that come to church, are a part of a church, or serve at a church when it’s convenient, when they’re lonely, when they’re sick, when a loved one is in need, or void needs to be filled… and those are great reasons, I truly believe God uses those means to draw His people in, but what about when those needs are met? When we finally get a job, find a significant other that takes away the loneliness, when there is a medical healing, or when we just feel we no longer need God… our mouths may not actually say those words, but our actions shout loudly, that we’re no longer desperate for Christ as when we were in church.

I know there are folks who might read this and think it’s about them… it’s not, this wasn’t written for one person, group of persons, but the things that I’ve experienced in my 10 years of ministry, but especially what I’ve lived first hand these last two years in church planting. I end with this… If you’ve been hurt by the church, by either the church directly hurting you, or you’ve been hurt by someone leaving, I give you this quote from Jackie Hill Perry:

“Do you know who God used to heal me of my church hurt? The church”

Don’t take it personal, and don’t let a bad experience rob you of the beauty we live and experience not by “going to church” but by being the church, and that includes belonging to a local church, giving, discipling, and serving joyfully, generously, and sacrificially. I’m sure someone will get their undies in a bunch over this final statement, but I don’t believe one can be a true Christian and not belong to a local church. Only at the local church can we belong, give generously, serve joyfully, disciple and be discipled sacrificially, encouraged, and be held accountable… so even if things aren’t working perfectly at your church, stay there… it needs you.

Even though you don’t get your way all the time… it’s not Burger King… stay there…it needs you.

Even if you think you can do a better job than the pastor… you’re not the Pastor, so stay there… he needs your support.

Even if you had a sharp disagreement with someone… stay there… it shows we follow Christ’s command to forgive.

Even if you think the worship music is lame… if you could do better, you’d be up there leading… stay there… they need your support.

By leaving a church whenever things don’t go your way, when things aren’t done the way you’d probably do them… you confuse your kids, you confuse your church family, and you confuse the community your church is desperately trying to connect with and show them you care. Do you really care if you bounce for small or dumb stuff? Leave because there is moral failure in leadership and there is no discipline. Leave because the pastors are preaching heresy. Leave because leaders are stealing money and no one has gotten locked up yet. Be wise… be mature… and above all be Christ-like.

3 thoughts on “Don’t Take It Personal”